The project data contained and classified in AGATE helps to give new perspectives on the current state and high impact of the fundamental research taken out by the European Academies. The following diagrams are all based on AGATE's data and are freely available under a CC-BY 4.0 license for further use in presentations and reports. Please cite them as follows:

[Name of the diagram], in: AGATE. A European Science Academies Gateway for the Humanities and Social Sciences, URL: https://agate.academy/diagrams-visualizations.html (2018, CC-BY 4.0).

Relation between disciplines and projects

The foundational research projects from the European Academies play a fundamental role for further disciplinary research at European universities and academic institutions. The following diagram displays the nine most frequent disciplines from the Humanities and Social Sciences within which projects contained in AGATE are currently carried out (project count per discipline).

States and amount of projects

The following diagram shows the amount of projects from the Academies' programme by German states (Bundesländer). If projects are situated in several states or are conducted by more than one German Academy, the project is counted for each state/academy where it is situated. 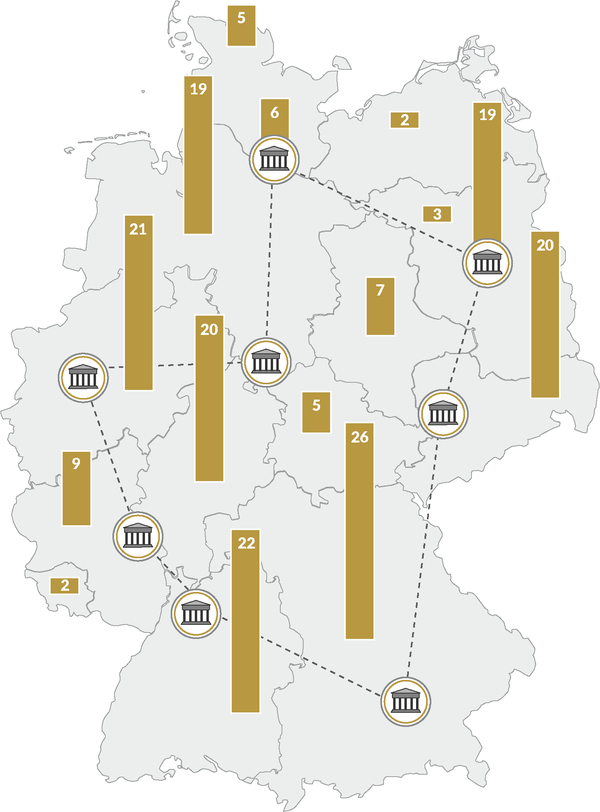 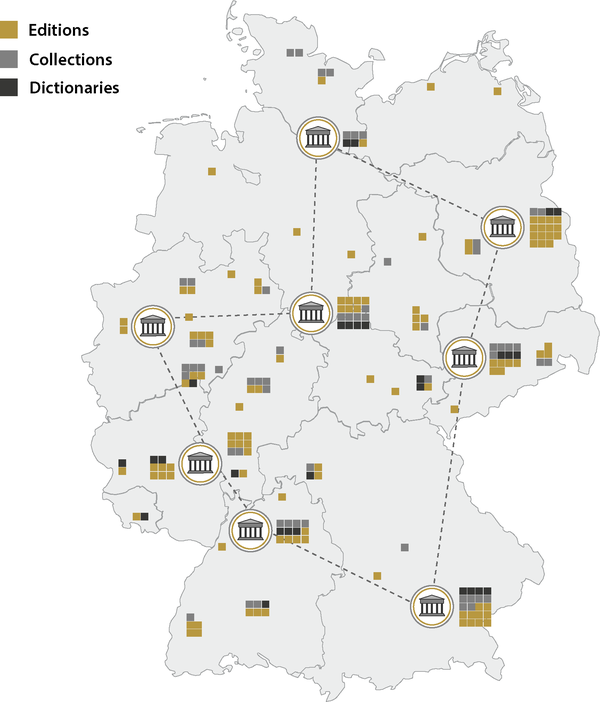